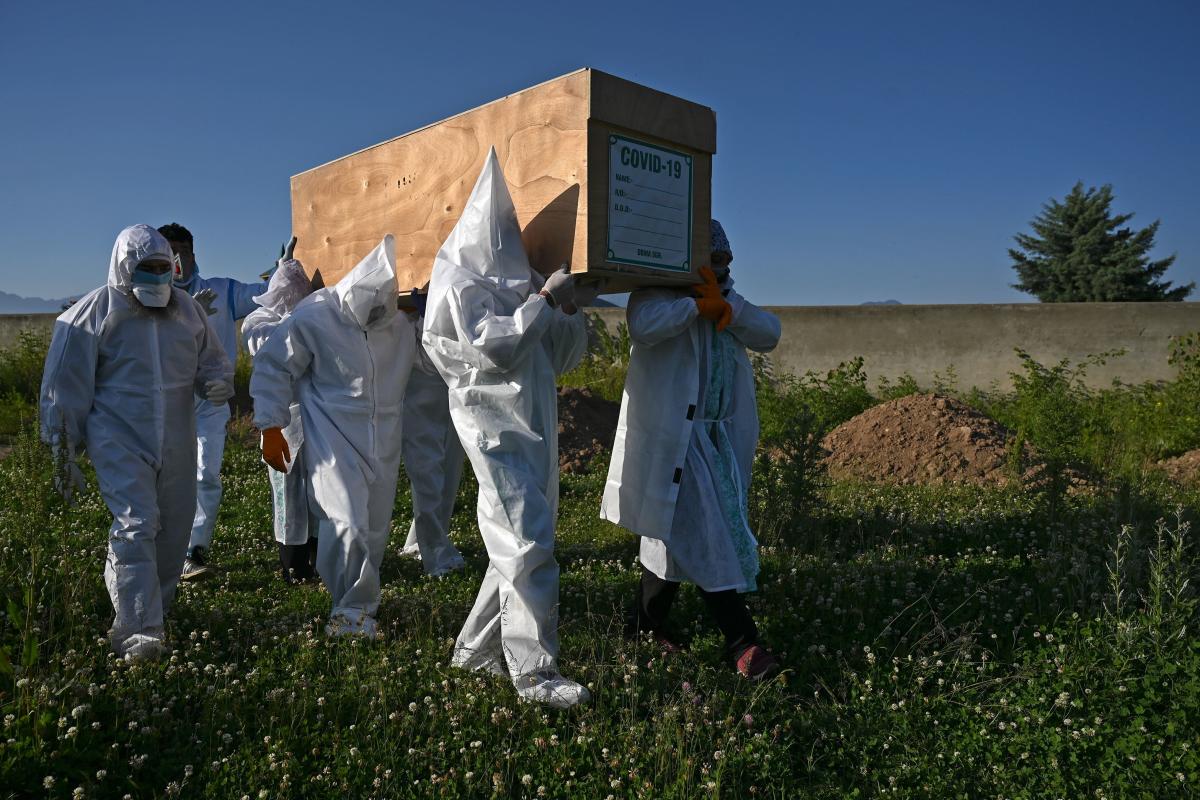 Srinagar, July 24: Three more deaths attributed to covid-19 were reported on Friday in Jammu and Kashmir, two from Srinagar and other, a police official, from Jammu.
Official sources said that a 58-year-old man from Gandhi Nagar, admitted at the isolation ward of GMC Jammu on 22 July, died at 10:15 a.m. today. “The deceased was an Assistant Sub-Inspector of police,” they said.
Meanwhile, a 75-year-old man from Saderbal Srinagar died at SKIMS Soura, three days after he was admitted to the hospital.
A senior doctor at the tertiary care hospital said that the septuagenarian was having multiple problems and had tested positive after he was admitted to the hospital on July 21. “He died this morning,” the doctor said.
Also, a 65-year-old man from Maharaj Gunj Srinagar,, presently living at Kraltang Rajouri Kadal, having “bilateral pneumonia” died at SMHS hospital. “He was admitted on July 22 and came out to be covid-19 subsequently. He died this morning,” a senior doctor at SMHS hospital said.
Earlier, a 65-year-old woman from Malaknag area of Anantnag having underlying ailments such as “Rheumatoid arthritis, pneumonia and hypertension” died due to covid-19, two days after she was admitted to the Government Medical College Anantnag.
“She was covid-19 positive and died early today,” a senior doctor at GMC Anantnag said. So far 268 deaths have been reported in Kashmir and 21 in Jammu division.